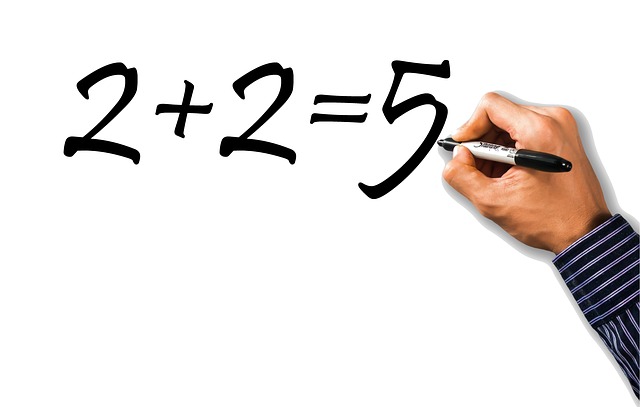 It’s impossible for your business to go through every possible mistake, so it’s important to learn from the mistakes of others. Whether your business has profited millions or you’re a fresh startup trying to get off the ground, you can find a positive takeaway to build upon.

Many individuals stay away from entrepreneurship based on the fear of failing, but mistakes are a natural part of the path to progression. Learning from like-minded individuals who have been in your shoes is just one piece of puzzle. Based on the mistakes of others (and your own), you’ll be able to make better business decisions and implement corrective measures. Here are three lessons you can learn from big business mistakes happening time after time:

In 2003, a German hacker by the name of Axel Gembe hacked into the servers of Washington D.C.-based gaming company Valve Corporation. Gembe was such a fan of their game Half-Life that he insisted on finding out what the company had in mind for its sequel.

“I coded my own malware to steal CD keys in order to unlock the titles I wanted to play,” he told Ars Technica, ten years after the Valve intrusion. “It grew quickly to one of the most prominent malwares at the time, mostly because I started writing exploits for some unpatched vulnerabilities in Windows.”

This is known as a “backdoor.” When a hacker inserts a backdoor, they are securing unauthorized remote access to a computer, which is exactly what Gembe did. For weeks, he managed to explore the company’s network unnoticed before he found the entire source code. The leaked source code costed Valve $250 million in profit.

With improper protection, source codes and other data is vulnerable and can be hacked, stolen, and modified. According to IBM, there are over 1.5 million cyber attacks annually, with data breach damages averaging $4 million per breach. The best way to avoid them is to have preventative measures in place. Whether the business is based in Denver or Delhi, business owners should enlist the help of reputable live IT services to ensure round-the-clock protection against breaches. IT firm engagement also comes with a slew of other benefits like maintenance and backup support.

In 2014, former Snapchat co-founder Frank Reginald Brown finally settled with the social sharing startup for an undisclosed amount after they ousted him without giving proper credit. Brown initially came up with the idea for disappearing photos, and was locked out of Snapchat’s servers and accounts following internal differences. His story isn’t foreign. A similar situation happened with Eduardo Saverin and the Winklevoss twins, who both went after Mark Zuckerberg for their role in the creation of Facebook. And Whitney Wolfe also settled against Tinder co-founders after being ousted from the company.

There are many other intellectual property horror stories. Kathleen King, founder of Tate’s Bake Shop, lost all of the recipes she’d amassed after twenty years at her previous company, Kathleen’s Bakery. King was kicked out of her own business after bringing in a pair of brothers to run the business end of things. They eventually combined their shares and removed her.

It’s critical for business owners to protect their intellectual property with copyrights, trademarks, or patents. There are various aspects of a business that you’ll want to ascertain ownership over, from logos to ideas to technologies and source codes. As a business owner or co-founder, you should work with a lawyer to ensure all parties are given fair treatment and credit for the work they do.

Price Yourself To Make A Profit

The founders of the Pirate3D printer launched a successful Kickstarter campaign in 2013, raising nearly $1.5 million. However, a large chunk of the backers that made it happen did not receive their product, and there was nothing they could do about it. Although the founders set out with good intentions, their crowdfunding campaign pricing made it difficult to build a viable company around the product. Not only does this cripple the business foundation, but results in a huge loss of credibility for the business.

As an entrepreneur, it may be tempting to set your prices low in an attempt to go against competition or to compensate as a beginner in the marketplace. Crowdfunding platforms are designed to help bring products to market, but can have adverse effects if not used correctly. The pricing paradox forces many business owners to go straight to discount. However, this can lead to disastrous consequences and can perceive your brand as “cheap.” This is especially important for businesses with high-quality products who want to convey a premium image. When building your pricing strategy, conduct research on your market to better understand your customers, and brush up on your retail knowledge (regardless of your degree level).