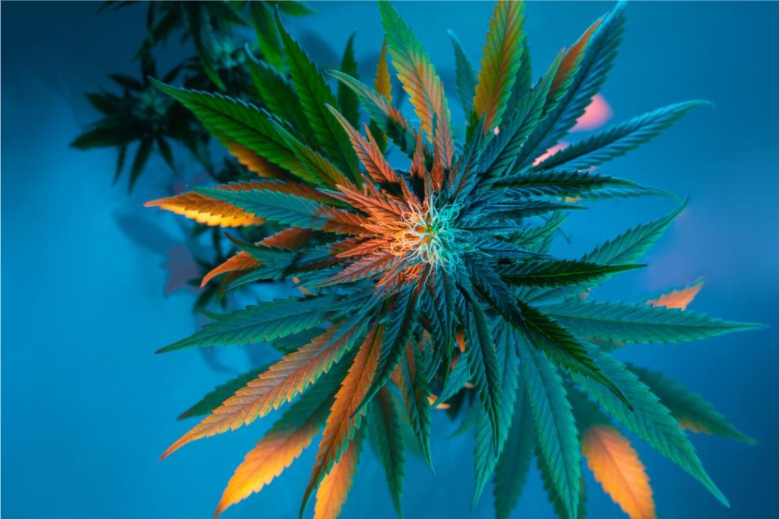 Thanks to shifting regulations, more people than ever are gaining the opportunity to try weed — and many people are falling head-over-heels for the safe, effective high and the complex, beguiling flavors. There are myriad cannabis strains for cannabis lovers to sample, but before anyone digs deep into cannabis connoisseurship, they need to master the following six cannabis characteristics:

The first thing anyone should learn about cannabis is that it contains a number of unique compounds, many of which are responsible for the distinctive effects of the plant. These compounds, called cannabinoids, exist in different levels in different varieties of weed, and the ratios of these compounds can dramatically impact the effects experienced by the user. The most common cannabinoid by far is delta-9-tetrahydrocannabinol, or THC, which generates the majority of the psychoactive effects of weed. Cannabidiol, or CBD, is the second-most plentiful and largely credited with the healing effects of the drug.

In the past and to some extent today, breeders, budtenders and cannabis connoisseurs used the terms “indica” and “sativa” to differentiate between classes of effects of weed, but these terms have fallen out of favor as science has determined that no simple taxonomy exists. Instead, stoners need to become familiar with percentages of cannabinoids within a strain. Cannabinoid content is a foundational characteristic for cannabis and the one that no cannabis user can ignore.

An essential component of cannabis anatomy, trichomes are glittering, crystal-like structures on weed’s flowers and leaves that contain concentrated cannabinoids. The more trichomes a strain can produce, the more potent that strain is likely to be. Unfortunately, during processing and transportation, trichomes can easily detach from flower. Thus, intact and dense trichomes are a sign that the weed has been grown and handled with immense care.

Connoisseurs should be capable of identifying trichomes on the bud they buy as a means of assessing the quality of that cannabis. In doing so, they can become more proficient at finding the best weed dispensary in Illinois, for example, as well as the best growers in the state.

Terpenes are another type of compound produced by cannabis plants — but they aren’t unique to weed. Many plants and some insects generate terpenes as tools for attracting or repelling predators, and it so happens that humans take in terpenes as intriguing and enticing aromas and flavors. Cannabis is capable of producing more than 150 different types of terpenes.

Almost every cannabis strain has its own terpene profile, or combination of different quantities of terpenes, to generate a characteristic aroma. Often, the name of the strain hints at the terpenes it includes: Blueberry, Sour Diesel and Cheese all smell exactly how they sound. Still, connoisseurs need to practice pulling apart the different aromas and flavors of cannabis strains. They might also try to connect certain effects with certain terpenes, as some research indicates that terpenes might play a role in the entourage effect.

Like a few other plants, some strains of cannabis contain a pigment called anthocyanin, which is responsible for generating almost any hue besides green. Cannabis plants, and buds in particular, can grow to be red, blue or purple; they can have orange, white, yellow and black hairs. Though the research isn’t yet clear how anthocyanins and other pigments affect the effects of weed, connoisseurs should pay close attention to the color of their bud as a means of identifying differences in strains and recognizing superior quality.

The texture of cannabis is an important marker of its potency, particularly as that pertains to age. The older bud gets, the more its cannabinoids degrade, and the less intense its high is likely to be. Also as bud ages, it loses moisture; its consistency is likely to become brittle, crumbly and dry.

Though it is uncommon for a cannabis user to get the opportunity to handle their weed before they buy, connoisseurs can practice feeling their bud at home and look for visual cues that the cannabis has gotten old and stale. For example, if a dispensary uses clear containers open to air and/or sunlight, or if the bud is visibly growing mold, it isn’t likely to feel pleasant — let alone provide an enjoyable smoke.

The sooner one can establish oneself as a cannabis connoisseur, the sooner they can peddle their expertise in the industry. Starting with these basic characteristics of cannabis composition, anyone can get on the path to pot proficiency.