In every relationship, there are two completely different perspectives — no matter how much the individuals have in common. In tense situations that build towards domestic abuse, it may be the case that one or both individuals have become completely absorbed in their own point of view, forgetting that there is another living, breathing person in the relationship who has their own thoughts and feelings.

While people are capable of doing some pretty crazy things, the root cause and developmental conditioning behind some bad behaviour are usually very understandable issues that anyone could be sympathetic to. When aggressive or erratic behaviour stems from feelings of inadequacy, a traumatic past or a fear of being left alone, for example, it is truly tragic, because acting out on these feelings of inadequacy only serves to isolate them further. 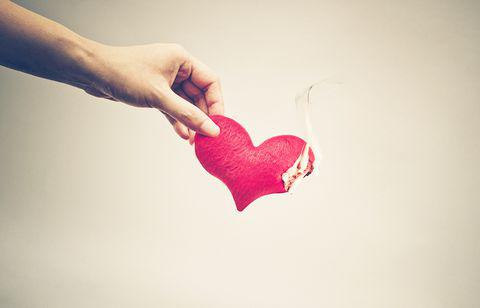 When a romantic partnership reaches a point of tension, it should either be resolved through dialogue and compromise, or dissolved if the individuals can’t come to an agreement. Things get tricky when one or both partners can’t let go and face life alone, often leading to a lopsided abusive relationship, or else a toxic relationship where neither party gets what they need.

In situations where a couple can’t manage a clean break, or an individual does everything in their power to “keep” their partner things can get extremely messy, in the worst cases verbal or physical abuse could lead to criminal charges.

If you’ve been accused of domestic abuse, counseling may be in order, as well as a thorough journey of self-exploration to understand what led to this point. Whether you are a man or a woman, however, toxic relationships where both parties have been abusive can be twisted into a traditional narrative of abuser/ victim for the purpose of laying criminal charges as a further act of aggression. In these cases, it’s best to speak with an experienced criminal lawyer. Fill out a consultation form and learn more at Shaffie Law if you want to know how to defend yourself against false or exaggerated domestic charges so that you can focus on recovering and re-evaluating your life.

If both parties are willing to work together on the problems in their relationship there are, of course, methods for reaching reconciliation — or an amicable breakup — that can prevent things from flying off the rails again. In the 21st century, couples counselling is more popular than ever. As with traditional psychotherapy, it is no longer stigmatized but seen as a process for growth and understanding. Breaking up can be difficult, but when conflicts simply cannot be resolved, it is the best to end things quick and clean – like ripping off a band-aid.

In the wake of a toxic relationship, it’s best to give it some space. It might even be best never to see your ex again. If, however, passions cool and you are able to gain insight into your behaviour, an apology can be effective in exorcizing those demons so everyone can move on. Try and remember, no matter how trapped you feel or how worked you get in the moment, there’s always a calmer, smarter way to deal with these feelings and situations if you make a serious effort to change your life.