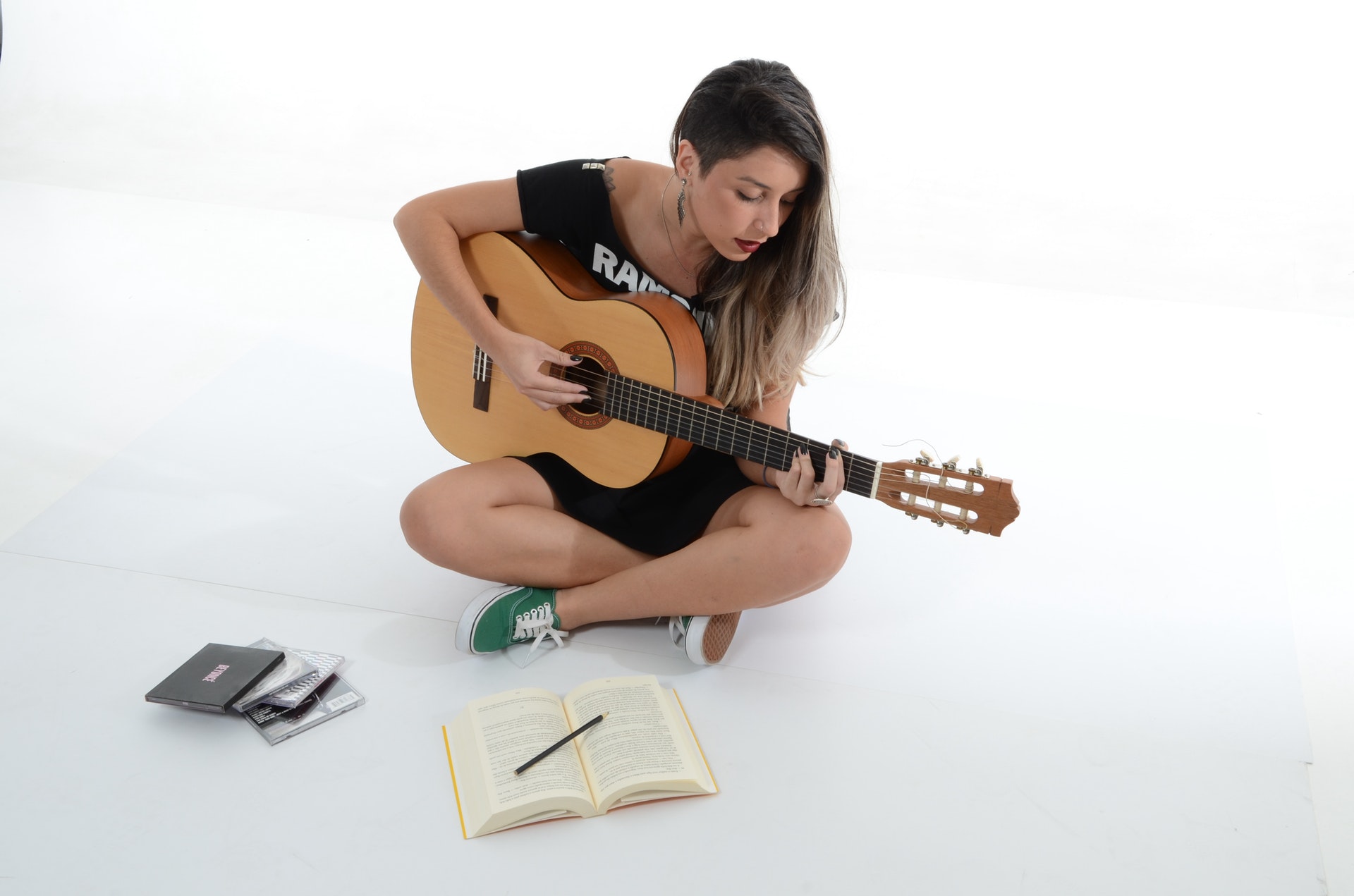 Are you trying to improve your guitar playing skills? If so then I want to share with you some great tips which my good friend Tatiana Regan has given me which have greatly helped my ability to play. Tatiana has been playing since she was very young, and she is classically trained on the acoustic guitar. Not only can Tatiana play classical guitar very well she is also fond of breaking out her Gibson SG and thrashing out some rock classics. Tatiana does a lot of guitar teaching and that is why I knew that she would be able to help me out when it came to learning to play the guitar, and here are the tips which she shared with me.

I had always wanted to play the electric guitar, but Tatiana urged me to get started on an acoustic first. Playing an acoustic is far more difficult than playing an electric and so once you have mastered the pressure which you need to put on the strings, as well as the strumming of stronger strings, you will find that the electric is far easier to play. This is something which Tatiana tells all of her students and it was something which certainly helped me.

You simply have to practice every day if you want to get better and Tatiana has always been very hard on me when it comes to making sure that I get some time to practice. The example which Tatiana gave me as encouragement was that Slash is so fearful that he may lose the ability to play the guitar if he doesn’t practice every day. In light of this, if someone of Slash’s stature feels like he must practice every day, someone of my level most certainly should. Tatiana says that even an hour a day will be enough to keep things improving.

Tatiana can of course read music very easily, but I can’t and it was something which I found very difficult to learn. For this reason, Tatiana showed me guitar tablature and I am so happy that she did. Tablature is basically music which, instead of using clefs and octaves to indicate notes, will use 6 lines representing each string and then have a number on each line to indicate which fret to use. Tablature is very easy to understand, and you can use it to play a huge variety of songs with real ease.

One of the most effective practice techniques which Tatiana gave me was simple chord changes and this is great for practicing how to play songs. No matter whether you know 2 chords or 10 chords, you should play about with changing between each one. As Tatiana rightly says, doing this over and over again will really help to build up your dexterity and your fingers will begin to find the chords far quicker.

Tatiana really helped me to improve and if you follow her tips, I think that you can too.