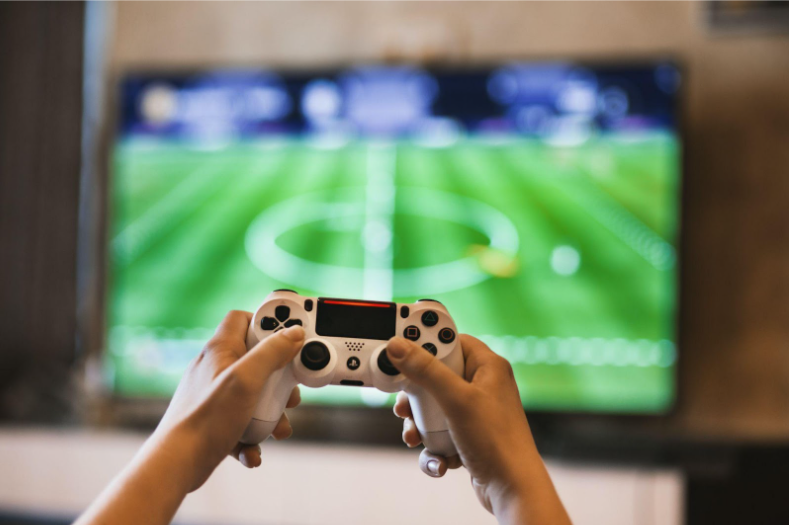 In our ever-changing world of fast-paced jobs and side-hustles, it’s essential to take some time out for yourself. Time to relax and unwind and not think about the stresses of your busy schedule and everyday life.

Whether you choose to use a game streaming platform or invest in a physical gaming console, gaming can help you carve out some much-needed me-time. Gaming is flexible; it can fit around your schedule, is not weather dependent and can be done in the comfort of your own home.

If you’re not convinced yet, take a look at these surprisingly healthy reasons to start gaming, and you’ll soon see why gaming is becoming so popular all over the world!

Gaming Could Improve Your Vision

Most of us were told not to sit too close or stare at the TV for too long. Our parents were concerned that it would negatively affect our eyesight.

But studies show that playing action games that involve aiming and shooting could actually improve your vision. They can increase your ability to see things more clearly in a cluttered environment.

Games that involve memory, puzzles, or problem-solving have been shown to have a positive effect on older players. According to one study, cognitive function was increased with just 10 hours of gameplay. What’s more, this improvement lasted for years after.

Gamers who have issues with overindulging would be better off reaching for their game controller instead. One university study showed that after playing a puzzle game, players’ cravings lessened by 24 percent on average.

Playing video games is not just a good distraction from the pain in your body. Gaming can produce a pain-killing response in our brain. In this case, the more involved the game, the better the analgesic response.

All of us have that one friend who seems to respond quicker than the rest of us. The one who can remember things at the drop of a hat or reacts in a split second. Studies show that video games may have an effect on that and can make you better at thinking on your feet. During play you need to adapt to a barrage of new information quickly. Gaming helps train you to make those split-second decisions more decisively.

In one study of gamers who played fast-paced games, the players reacted to questions about a picture they had just been shown about 25 percent faster than their non-gamer counterparts. They were able to recall details and make decisions about actions very quickly.

There is research that supports the idea that attention deficits are a key part of dyslexia. People with dyslexia involved in one study showed an improvement in their comprehension after playing immersive action games. Researchers believe this is because of the intense focus required to adapt to the ever-changing environments in these games.

Ok, so it might sound like a bit of a stretch. And given the images of dark rooms, lit only by the flickering lights of gaming screens, that have been shown on TV, you may think that this point is relegated to VR games only. But the truth is, while VR games may make you move more during play, games that involve sports like soccer, tennis, or golf etc., may inspire you to make a move to the outdoors and try the game in practice.

While too much of anything can be a bad thing, in moderation, gaming can improve mental acuity and provide far more benefits than it is given credit for. What’s more, with the rise of streaming platforms and the improvements to connection speeds, gaming is now accessible to more people than ever before.