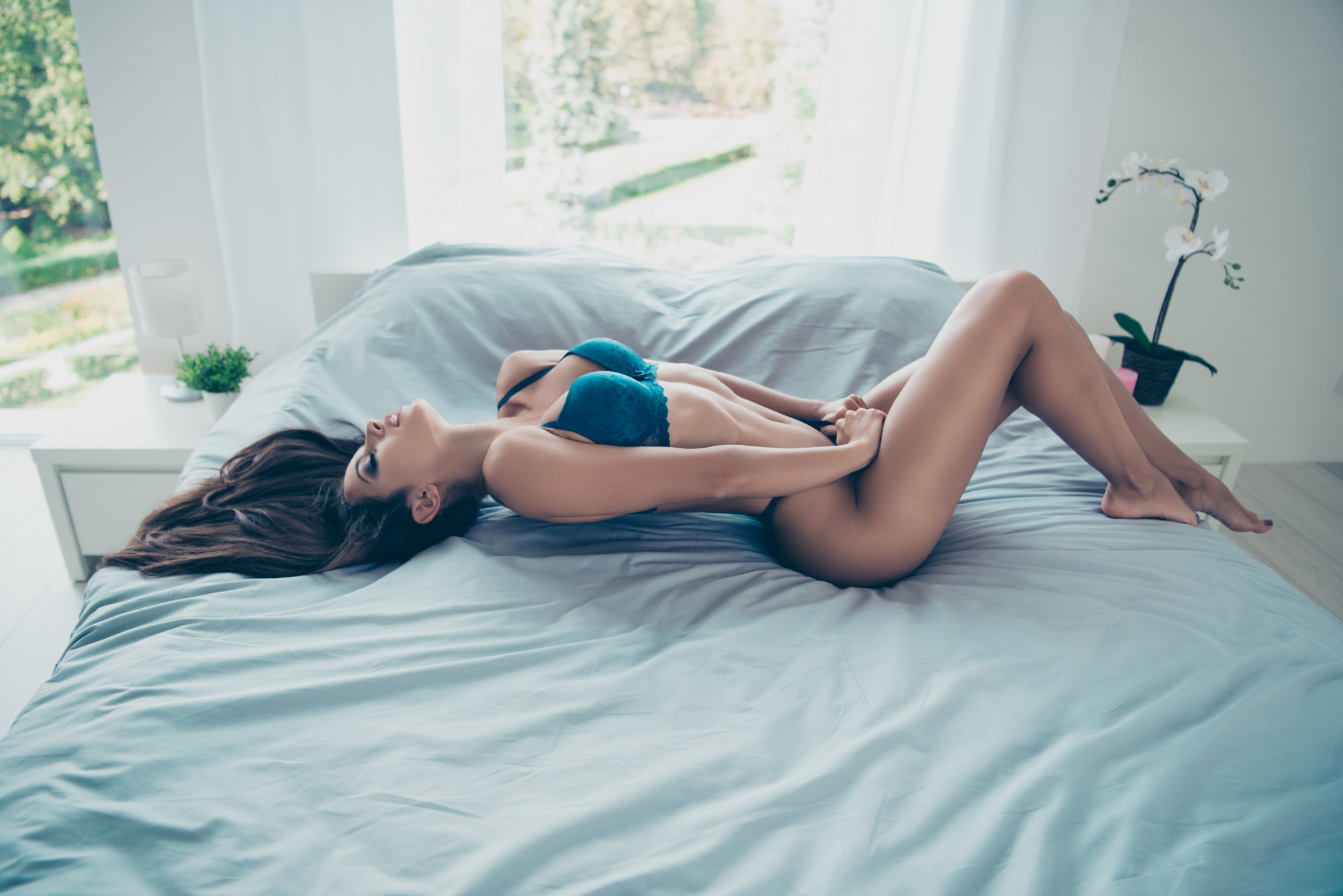 The female orgasm — for many years it went undiscussed (and to many, unrecognized). Finally, in the 20th century, daring authors, activist feminists, and liberated women fought for a seat at the sexual table. Sex was no longer a male endeavor that was “done to” women, women did it too.

However, past centuries still have their vice-grip on many people in contemporary society. Many men are still clueless about anything involving orgasm in women. Some of them (gasp!) have even given one to their partners.

But that’s not all. Ignorance spreads faster than wildfire, and the cluelessness of these men can breed cluelessness in women. Knowledge is power, however, so we’re here to grant you eight female orgasm facts that are sure to increase your knowledge of the sexual world and female sexuality.

While the lack of knowledge about the female orgasm is largely due to sexism and the suppression of women’s sexuality, there is a bit of science behind it too. Women take longer than men to reach orgasm on average. It takes women on average thirteen and a half minutes to reach orgasm; which is about three times as long as it takes the average man.

Women, in general, need more stimulation to orgasm as well. The length of time often leads to men complaining about cramps and muscle pains when giving oral sex. Many women, in general, feel as though it’s tough for them to reach orgasm, which can frustrate both them and their partners during sex.

It should be taken into account that some women orgasm much quicker than this, and some take longer. Depending on the circumstance, medication, and level of arousal, a woman might fluctuate in how long it takes for her to orgasm.

It should also be noted that a man experiencing premature ejaculation issues and a woman who takes a long time to orgasm may run into problems during their sex life.

2. Women Can Have Multiple Orgasms

But the length of time between orgasms isn’t the only way in which it’s different for girls. Whereas men are usually one-and-done, entering a refractory period after orgasm that can sometimes last longer than a half-hour, women are generally good to go a few minutes — even seconds — after the first orgasm. The vulva may become more sensitive, but women do not experience a physiological refractory period.

This ties in with the strange case of the length of time it takes to orgasm. Certain women take a while to orgasm the first time, but after the first one, it’s much quicker. Others have vulvas that work the other way around.

While it takes longer for many women to reach climax, and some of them experience troubles, the upside is that female orgasms generally last longer. Female orgasms last, on average, between 30-60 seconds, and max out at over 2 minutes long. That’s a long time to experience a serious pleasure.

On top of this, women generally report more variety in their orgasms than men. In the case of multiple orgasms, some might be longer and more intense, and some might be shorter. Post-orgasm sensitivity might depend on how long the orgasm is.

One of the biggest problems when it comes to men and women having sex is the ways in which women orgasm. For men, all roads of pleasure lead to an orgasm. Whether they’re receiving oral sex or having vaginal sex, they’re still likely to orgasm.

However, for women, this just isn’t true.

Eighty percent of women do not orgasm from penetrative sex. This means that if all a man knows how to do between the sheets is penetration, he’s most likely not making his partner orgasm.

Those eighty percent of women need clitoral stimulation in order to orgasm. Some of them can stimulate themselves while having penetrative sex, while others need focus and dedicated oral sex.

To some women, being penetrated with a penis or fingers helps them reach orgasm. To others, they need pure clitoral stimulation and to focus their thoughts.

If you’re a woman who hasn’t been able to have an orgasm with your partner, reevaluate the way you’re having sex. It could just be about a simple change.

5. Female Orgasms Can Be Healing

In addition to being extremely long and pleasurable, female orgasms can relieve pain. Many women report orgasms helping with pain that occurs as a result of migraine headaches and period cramps. In fact, orgasms can be a godsend for women experiencing severe cramps as a result of uterine disorders, such as endometriosis.

But that’s not all the female orgasm can heal. Women’s orgasms stimulate the release of dopamine and oxytocin in the brain, which incur a relaxed feeling and elevated move. Pain is usually linked to a physical affliction, but it’s the brain that sends out pain receptors.

Because of this, people have reported orgasms helping with pain due to arthritis, pain due to surgery, and post-childbirth pain.

6. Orgasm Was Once a Medical Treatment

While orgasm has been proven to temporarily relieve all sorts of pain, did you know that in the 19th-century doctors administered orgasms as a medical treatment for hysteria? At the time, “sex” was considered penetrative sex, so the act wasn’t viewed by patients or doctors as anything sexual.

It should be noted, however, that “hysteria’ is now a medically defunct term, that probably referred to a combination of restlessness, mental illness, and sexual frustration that women of the day felt due to not having their own opportunities in the world.

7. The G-Spot Is Controversial

The g-spot, or Grafenberg spot, is supposedly a structure located a few inches inside of the vagina, on the upper wall. It reportedly feels spongey to the touch, and is associated with intense orgasm; some women even experience female ejaculation when stimulated in their g-spot.

People who do not believe the g-spot exists believe that, instead, the squishy spot is the inner wall of the urethra tissue. The urethra tissue is surrounded by the arms that attach to the clitoris, so “g-spot” stimulation could just be a different-feeling way of stimulating the clitoris. This also explains the issue of female ejaculation if the urethra is stimulated since many believe that the main component of female ejaculation is urine.

However, whether the g-spot is technically its own “spot” or just a product of the clitoris hardly matters. The point is, it feels wonderful for many women, and it’s something everyone should be familiar with. Sex positions that put women on top are more likely to stimulate this mysterious location.

The a-spot, or anterior fornix erogenous zone, is a nerve cluster between the bladder and cervix located about two inches deeper than the g-spot. Unlike the g-spot, there’s no doubt that the a-spot is directly linked to the clitoris. This is why it’s been noted to help decrease vaginal dryness, and intensify orgasms.

The deepness of the A-spot puts it right behind a woman’s belly button. At 4 inches in, it’s going to be tough to reach it with your fingers, so it’s best to play around with sex toys and sex positions.

Learn more about the a-spot in this article, to open up a whole new world of stimulation.

Learn About the Female Orgasm

The female orgasm went unacknowledged by the world for years. Thankfully, due to the battles won in the 20th century, women in the 21st century are able to sexually shine.

Keep in mind the various ways female orgasms are different from male orgasms, the medical effects they can have, and the various spots for stimulation, and you’re more likely to please your partner or yourself.

For more articles like this, check out our “health” section.