Spain, a country of diverse culture and structures is a world in itself that is worth visiting at least once in your lifetime. If your idea of a vacation is to soak in the history and art of the region, enjoy the incredible nightlife at sundown and indulge in the exquisite local cuisine, Spain is the place for you. Barcelona Spain vacation packages will help you plan the ideal holiday in the liveliest country of Europe. And if you are worried about how to get about in Spain, fret not, the country has an extremely reliable public transport system. Read on to explore more options about the travel system in Spain. 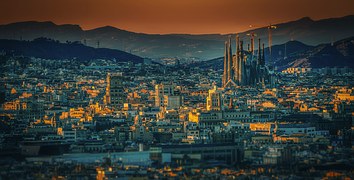 Unlike its neighbouring countries, Spain is very amicable when it comes to hiring a car. There are many rental agencies that provide cars when a valid international driving license is produced. Some of the popular agencies are Pepecar and Hertz where advance bookings are also welcome. Spain highways are called autopistas and are easily identifiable as they are generally marked AP. However, one should keep an eye on the speedometer as the limit is 120 km/hr. Look for free parking spaces in major cities as much as possible to avoid high parking fees. 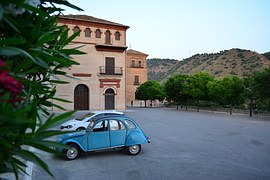 Spain has a convenient network of low-cost airlines that connect all the major cities in the country. The travel time between cities generally takes around 2 hours except for the Canary Islands and Ibiza. All the airports around the country are well within the city limits, and therefore, it is easier to commute via air within the country. Iberia, Pegasus and Air Europa are some of the cheapest airlines to consider when travelling in Spain.

Just like any other country in Europe, Spain has an extensive railway network that connects the remotest places of the country with the major cities. AVE and Talgo are the two train services one must consider while planning a trip around the country. AVE is the high-speed railway network that runs between the major cities and takes about five hours to connect the central and southern Spain. Although the trains are not as luxurious as its neighbouring counterparts, the fares are much cheaper and the journey is quite comfortable.

Ferries are an excellent transport system to reach regions such as the Canary Islands, Mallorca and the Balearic Islands. There are numerous ferry companies that operate between the mainland and the islands but it is advisable to book your tickets in advance as these are the busiest routes in the country. 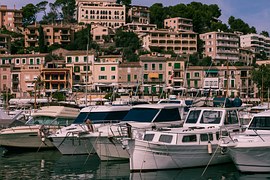 Buses are also a very reliable mode of transport in Spain. Companies such as FlixBus provide a comfortable coach journey with power sockets and Wifi. The fares are pretty cheap making it a popular choice for budget travellers.

Regions in Spain differ in language, culture and history. It is always a recurring wish of many world travellers to come back to the country and explore the diversity. Stress-free holidays in Spain are not distant dreams anymore. So, why not head to Spain this summer?