The manufacturing sector in the United States and most other western nations has seen an outward migration, with many jobs going to overseas, developing countries where the cost of labor is significantly cheaper. Indeed, U.S. manufacturing, which once accounted for 28 percent of all jobs in the early 1960s, has declined to less than 9 percent in 2011, according to a Deloitte University Press study. 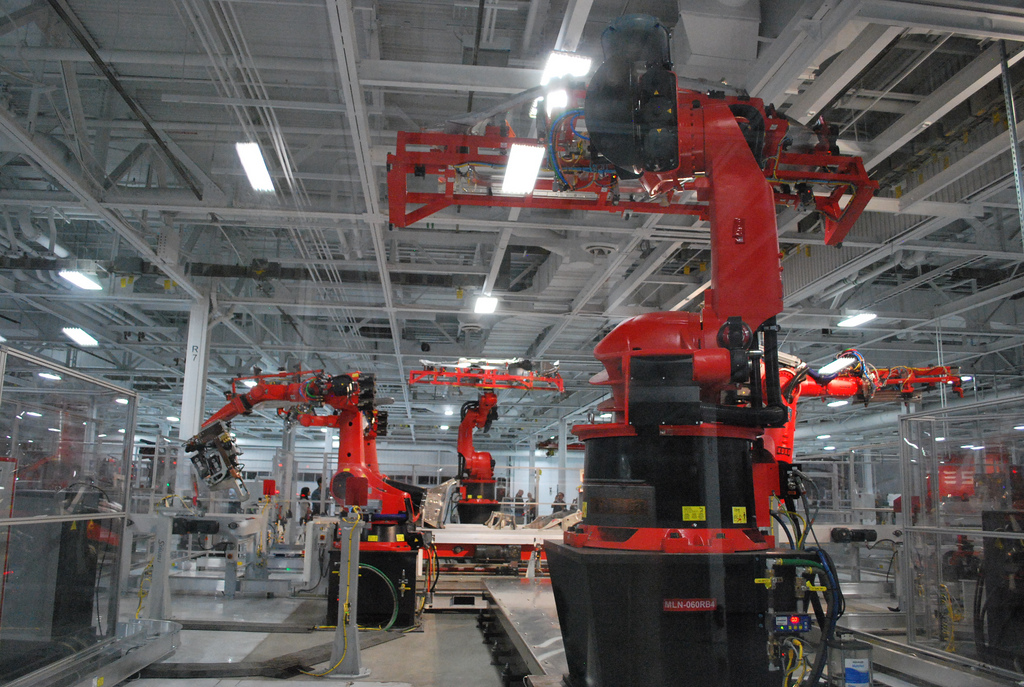 This decline in U.S. manufacturing was best highlighted in 2012, when President Barack Obama asked Steve Jobs, the CEO of Apple, if it was possible that the company might shift its iPhone manufacturing operations back to the U.S. one day. Jobs bluntly told Obama that “those jobs aren’t coming back”.

But Jobs may be proven wrong, for a big shift is underway thanks to advances in technology and automation. In the future, robots, not manual labor, will drive manufacturing processes, potentially creating thousands of new jobs for people both at home and abroad.

Although doom-mongers like to say that automation and robots will take away our jobs, the real effect of these technologies is likely to be positive, at least for the foreseeable future. It’s likely that manufacturing will see renewed growth in developed economies. The coming of automation has changed the game, and now outpaces the labor/cost equation that led to most manufacturing being shifted overseas. Advances in computer power, control systems and sensor technologies mean that manufacturers no longer need to rely on manual labor.

A study called “The Automation Evolution” notes that there’s a significant gap for technical talent in the U.S. and adds that many states are already encouraging eduction and training in new manufacturing automation technologies. One example can be found at the Biotechnology Center in North Carolina, which has implemented a new development training program for bioscience. Meanwhile, Georgia offers a Quickstart program that’s drawing in significant investments in the industrial technology training sector.

Numerous specialized workers will be needed to keep these machines up and running. For example, skilled personnel at companies like ITO, who are experts in the development and operation of robots and equipment, will be in huge demand, as will manufacturing engineers and technologists, who’ll be required to design and develop tools, processes and machines to manufacture a wide variety of products. So while there will be less jobs for manual workers, the number of skilled workers will increase. This will bring benefits for developed countries, because there are more higher educated workers in these nations, which means manufacturers will be forced to bring their operations back home.

As low-skilled jobs go by the wayside, new jobs in technical customer service, technical sales and marketing, engineering and operation of CAD/CAM equipment and robotics are on the rise.