Insomnia Escape Room DC is to open the first VR room on the east coast that combines the adventure of an escape room with the VR experience.

An escape room is a group game where players are placed in a room where they are given clues and asked to solve puzzles that help them escape from the room in a set time limit, usually one hour. Games are set in a variety of locations, including palaces, prisons, or even a speakeasy. 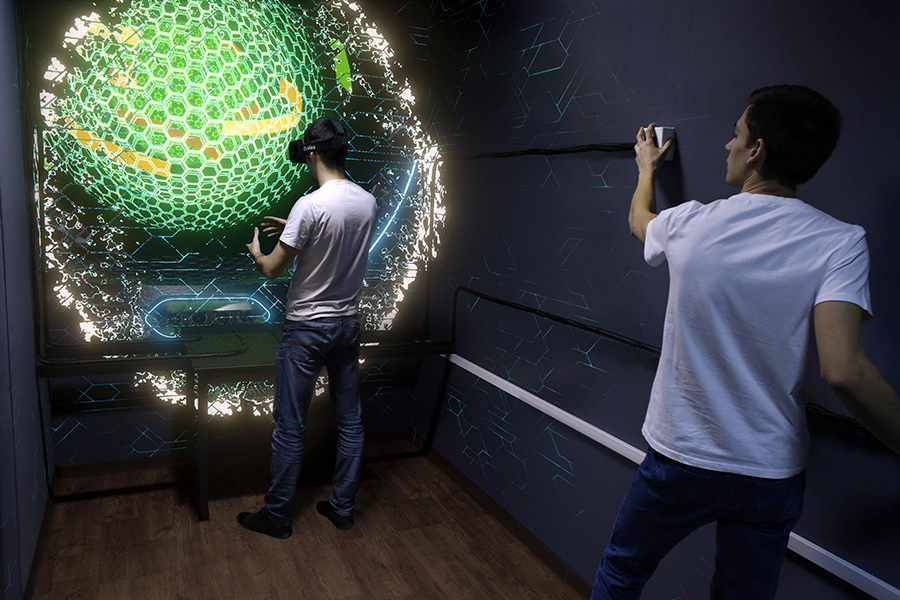 Escape games originally started in 2008 in Japan. After that, the idea spread to Budapest where a company called Parapark opened several in Europe and later, Australia. Before long there were twenty, and a genuine phenomenon was born. Oddly enough, the founder of Parapark, one Attilia Gyurkovics, says he had no previous knowledge of the games in Japan and based his games on his own job experiences as a personality trainer.

Within a few years, the number of escape room venues grew to over 2,800 around the world. Operators saw that this was a business with relatively low start-up costs where they could charge as much as US $25-30 per person for a one hour experience.

The combination of escape room games with VR seems like it was almost inevitable because the two are so compatible with each other. While wearing sophisticated VR headsets, players move about movie-grade sets holding real props that actually integrate with the virtual world objects they are seeing in their headset. This tactile feedback they receive from the props is known as haptics which is a word that has evolved to describe this feedback.

One of the ways Insomnia differentiates itself from the pack is by using real-life props and building high quality sets. Plus, while other room companies lock you in a room with strangers, Insomnia wants you to come with your own group of friends or co-workers. They place you right inside the “movie” adventure you have chosen where you get to live the life of the main hero. Together, you solve the puzzles of the mission to make your escape.

Insomnia DC has received some great reviews in the past few years. Players have praised the beautifully decorated rooms the games are situated in and the real-life props. They also enjoy solving the innovative puzzles that offer a real challenge to the mind with well- thought out story lines that place them inside a real adventure. With the addition of VR to the mix, it seems they have come up with a surefire winner in the world of escape room entertainment.