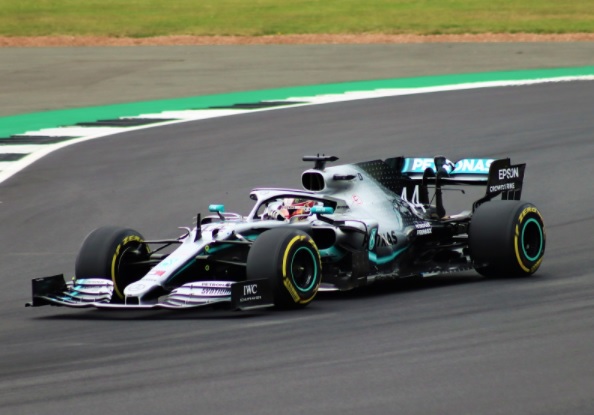 As we approach the second half of this year’s Formula One calendar, the focus is already shifting towards 2022 and although the small matter of who will be crowned champion of 2021 is still to be decided, there is perhaps another prize that will be soon up for grabs.
A prize that comes within the confines of the dominant Mercedes team and with questions remaining over who will take their second seat next year, it is looking as if we will soon have the answer.
An answer that could end up being bad news for current employee Valtteri Bottas and with the Finnish driver seemingly edging further away from teammate Lewis Hamilton in terms of talent and performance, the Abu Dhabi Grand Prix in December may end up being his last port of call.
There is no doubt that Bottas is a useful hand within the Mercedes ranks and his task of playing rear-gunner to colleague Hamilton, is part of the reason why the Brit has won the last four editions of the Drivers’ Championship.
However, there is a sense that this partnership is beginning or has become rather stale and for every race that Britain’s greatest ever Formula One driver wins, it only serves to place more pressure on the shoulders of Bottas.
To the point where this pressure is now becoming rather visible and although the 31-year-old Finn has picked up a decent run of results as of late, his charge sheet of failures is arguably too long for team boss Toto Wolff.
That’s because Bottas has failed to score points on four separate occasions, after a 12th place finish at the Azerbaijan Grand Prix and retirements at the EmilIa Romagna, Monaco and Hungarian rounds of this year’s championship.

Finnish coolness meets pure passion for #DrivingPerformance. @valtteribottas loves the GT Family and here is why. Sound on for the @mercedesamg GT3 walkaround! #WeLivePerformance pic.twitter.com/bFWNqwaG6r

While it was the most recent of these failures to finish, which will have generated the biggest spotlight and with the Mercedes number two driver managing to wipe out four of his counterparts at the opening corner of the Hungaroring, it was the kind of mistake a rookie racer would make.
Not someone who has always been on the precipice of greatness, only to then never reach the promised land himself and it is that continual frustration which is edging him closer out of the Mercedes exit door for 2022.
When you consider just how dominant Lewis Hamilton has been by comparison, he is almost the scourge of online sports betting sites, as backing the Stevenage born star to win a Grand Prix is one of the shrewdest bets that you can make.
Because of that, those who create the odds for the litany of sportsbooks that take Formula One then find themselves having to pay out a considerable sum of money – as if you back the British ace, you usually end up with profit in your betting account.
Of course, that backing does not come in the direction of a driver who cut his Formula One teeth with Williams back in 2013 and it could be that very team, which plays a part in offering up a replacement for the under-pressure Finn.
The reason for this is due to George Russell’s current extended tenure with the former frontrunners of years gone by and if you compare his time with Williams as the equivalent of a loan deal in football, that loan will have to expire at some point.
The natural end to the young star’s time with Williams will be at the end of the year and then it is up to Toto Wolff to make that all-important decision. Does he stick with what he’s got for 2022 or does he shake things up instead?
A shakeup that would finally call on the services of George Russell on a full-time basis and if his 2020 Mercedes cameo is anything to go by, it would be a very wise move to promote him towards the front of the grid.
Should this be the case and it is very much looking that way, a straight swap, and a return to Williams for Bottas may be seen as a considerable climb down in terms of his career trajectory. Then again, he may not be presented with many or any other options at the same time.
There is a sense that behind closed doors a decision has already been made and regardless of what happens in the second half of this season, it will mean five years of employment with Mercedes will unfortunately not become number six for Mercedes’ number 77.