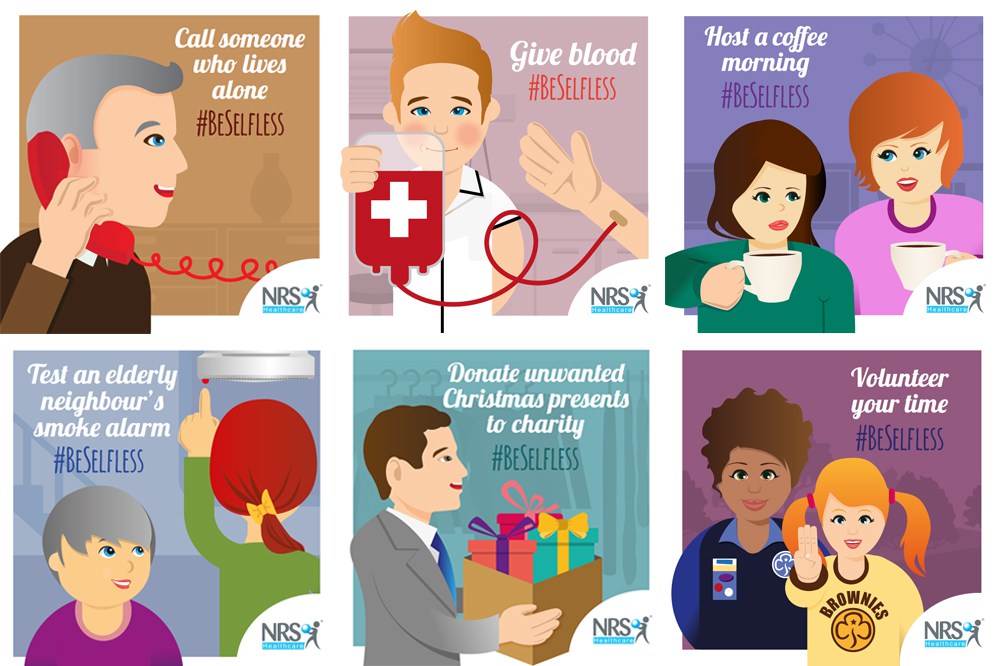 2016 has been dubbed the Year of Kindness by popular site Random Acts of Kindness, and it seems that a day can’t go by without the newspapers sharing stories of good deeds alongside their usual droll. Today, for example, news sites around the world are talking about the Disney World employee who decided to “pay it forward” for her customers grieving the passing of a friend in Orlando’s Pulse nightclub shooting, telling them to use the tip to do something nice for themselves.

NRS Healthcare have also decided that 2016 is the year to #BeSelfless, launching a campaign in January to encourage people to carry out small acts for other people throughout the year. They’re intending to spread the message that random acts of kindness can be done every single day and doesn’t need to be a big thing to make a difference in the collective well-being of our fellow citizens.

The campaign ran through January on their social media accounts with the following images, and we’re sharing them now to hopefully encourage a few more people to take the small step to do something selfless, whether that’s something as quick and easy as making a cup of tea for someone having a busy day, testing an elderly neighbour’s smoke alarm to make sure it’s still working, giving up your time to volunteer with a local charity or organisation, or giving blood.

You can read more about the campaign at AT Today, and make sure to post your #BeSelfless acts and suggestions on Twitter and Facebook using the hashtag.