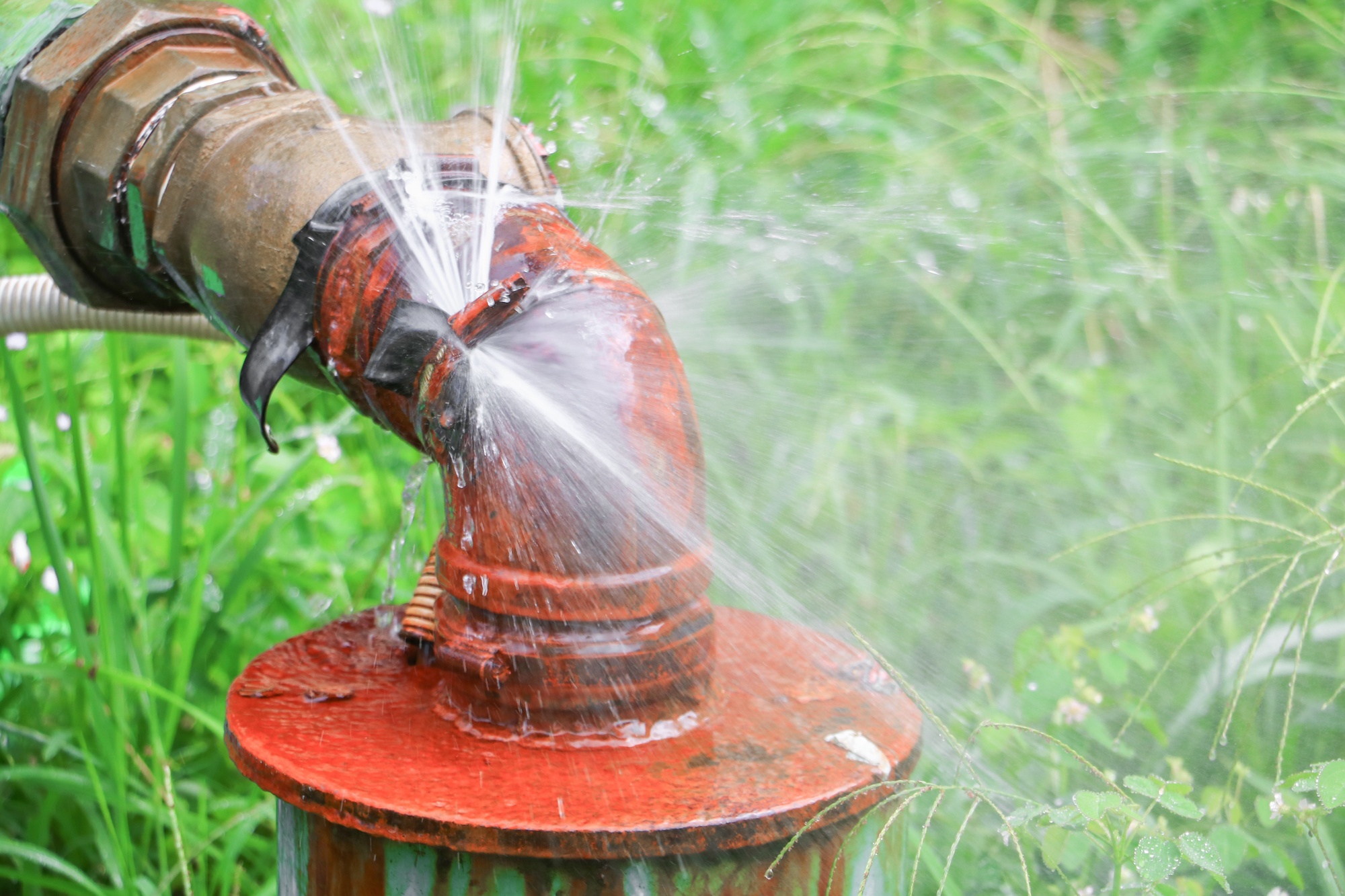 The world of DIY home improvement is vast and unforgiving. There’s enjoyment to be had from doing a job yourself and learning the process. Sometimes all it takes is watching a YouTube video or two to learn enough to get stuck in.

However, YouTube videos aren’t going to be much help if you’ve just drilled into a water main and are standing up to your ankles in rising water. This is a serious issue where every passing moment means mounting damage. Take steps immediately! There’s no time to watch a ten-minute video while a lake forms in your backyard.

Let’s explore what exactly to do if you mistakenly drill a water main!

What is a Water Main?

Water mains are the central artery for water delivery in a town or city, to put it simply this is the pipe that the smaller pipes branch off of. Every tap in your home connects to a pipe that’s connected to the water main, and the same goes for all the other taps in the neighborhood, too.

The water main is commonly situated running under pavements or otherwise off to the side of a road where they’re easier to get to than under a layer of asphalt. Ideally, there’s always a record of where they are from when they’re installed. It’s the job of council planning to ensure these pipes aren’t situated anywhere dangerous or difficult to access.

In a perfect world, these mains adhere to a certain system of planning wherein the eventuality of the need for their repair, they can easily be found and accessed. Unfortunately, this is not a perfect world, and the pipes and wires under our feet often resemble something more along the lines of a spider’s web than anything beginning to resemble orderly.

Let’s put the scenario into perspective because if you burst the water main or cause a water main leak it isn’t only you who’s affected. This is a problem for everyone in the vicinity. Not only will a lot of people probably lose water pressure completely, everyone in the immediate proximity to the break will have to deal with a potential flood.

Water damage is no joke. When water collects where it was never designed to be, it’ll soak and flow indiscriminately, washing away soil and permeating inside wherever there’s space to do so. Homes, garages, and gardens can be destroyed in a matter of minutes.

It’s no wonder imagining the scenario brings about feelings of dread. Being the cause of such a far-reaching catastrophe is embarrassing, expensive and ultimately could have been easily avoided.

Technology to the Rescue

Thankfully, being able to locate and mark the underground tangle of pipes and wiring is a problem that has been mostly overcome with its ubiquity. It’s a modern problem that many engineers and builders face every day, constantly finding the need to locate them for repair or to avoid damage.

Tools exist to locate pipes from the surface, otherwise, there would be thousands of man-hours wasted to the need for exploratory digging. Pipe-laying would be a form of archaeology without from-surface location tools.

There are two main types of ground scanners you can use to ensure you’re not about to puncture anything you’d regret. Both types operate on the basis that they can detect slight energy signals from the surface based on what’s underneath. Modern utility line detectors can find both metal and plastic pipes.

So, to avoid having to deal with the disaster of a water main break entirely, look before you drill.

This wonder of engineering is a miraculous solution to your needs. HDD stands for Horizontal Directional Drilling. It’s a tool that simultaneously enables the finding of an optimal route to lay pipe while avoiding all the surrounding pre-existing pipes.

A small path or hole is drilled using the HDD. Once the path is located, it’s widened to the diameter of the cable or pipe you want to install before the pipe can fit through. This avoids a lot of time-consuming digging and potential ruin when you put your spade through a pipe.

An HDD locator looks something like a cross between a metal detector and a car battery, and is the answer to the question, ‘What can we do to avoid a plumbing emergency?’

Call in the Professionals

Plumbing is a lot more complicated than simple water-Lego. If you discover you’ve accidentally caused a water main break, the first thing to do is phone a professional. If it’s a pipe within your own home that you’ve punctured while drilling into the wall, you can run to the water supply valve to your house and turn it off.

It’s not quite so simple with water mains. For one thing, water mains can only be closed off by someone with the knowledge of where the main valve is, and that could be anywhere. They’re commonly spaced out at least every hundred yards and accessible through a metal hatch at the side of the road, but if you find it you’ll need a special tool to turn it off.

Best to call in the professionals and let them explain to your neighbors why there’s a burst water main and they aren’t going to have any water for the next few hours.

No Use Crying Over Spilt Water

In the end, this is a mistake anyone can make. A bit of bad luck and suddenly your day is ruined, and considerably wetter than you had intended. Simply put, if you cause enough damage to a water main, call the professionals immediately.

The sooner they’re on the scene the less damage to the surrounding area and your reputation.

If you feel you now know enough not to panic in the unfortunate event of a plumbing emergency, have a look over the rest of the blog! The answer to your next problem could only be a click or two away.