Most of us have been to a bingo game, often comprised of a collection of bingo fans who are equipped with cards with squares which they mark off when certain numbers are called. Once an individual is able to form a pattern, be it a column, row, or diagonal across the card – they win. The game of bingo is really as simple as that, and this is one why reason why bingo remains as popular today as it was when it first started.

But have you ever wondered how bingo really started? Bingo history is quite interesting and fascinating as well.

The origin of bingo

Bingo actually stretches back more than 500 years. Yes, it’s true – bingo had its origins in the land of pasta and pizza (in short, Italy) over 500 years ago. It started out as a game called ‘Lo Giuoco del Lotto’ – a game which allowed the government to collect funds for public projects. In the game, players would gather every week and bet on the numbers they think would be called from ten wheels. A total of five numbers were called from each of the ten wheels, and this amounted to 50 numbers. In fact, the game has become so popular in Italy that it is played until now.

Bingo around the world 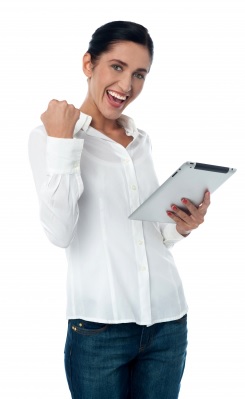 Because of its popularity, ‘Lo Giuoco del Lotto’ traveled all the way to France, which created its own unique version. Referred to as ‘Le Lotto,’ the players had their own cards which had three-row and nine-column separations. The rows we composed of five numbers selected at random and four squares which were blank. Players would then cover their cards’ squares whilst tokens were taken from a bag. The winner of the game would be the first one to have a horizontal row that was completely covered.

In the United States, bingo first appeared as a game called ‘Beano.’ This was in the 1920s, and the game had its start at carnivals. The players played with a numbered row, and they would put beans on top of the numbers which were called. Once the players’ cards were covered in beans, they would shout, ‘Beano!’ It was only when an Edwin S. Lowe, a salesman, saw the game and made his own version that the name ‘Beano’ was changed. Apparently, a woman friend of Mr. Lowe’s, whilst playing the game, became so excited and called out ‘Bingo!’ instead of ‘Beano!’ Mr. Lowe was able to sell two types of Bingo, and since he was never able to have it trademarked, the game was copied by other companies.

Today, bingo is everywhere. You can still play bingo the traditional way, but online bingo games are now all the rage as well. You can play these games anywhere and at any time, and there are always lots of fun prizes in store.