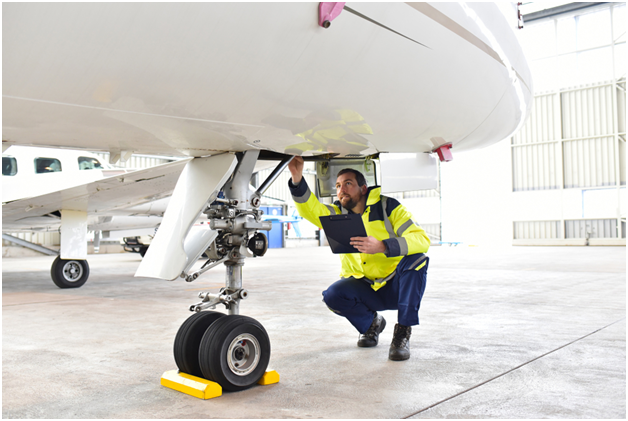 Innovations and advances in air travel have occurred at a rapid pace. Whereas humans once only dreamed about flying, exploration has extended to put men on the moon. Rubber products have been associated with aviation for as long as aviation has existed. As aviation continues to advance, high-quality rubber materials will also be needed to meet the needs of new innovations. Let’s take a look at six common rubber materials used the in the aviation industry.

Butyl is a synthetic hydrocarbon rubber that is especially resistant to gas permeation. It is also resilient in exposure to extreme cold and extreme heat. It is most suitable for use in materials that come in contact with gases, ketones, acetones and hydraulic fluids.

Buna-S is a synthetic rubber with many characteristics of natural rubber. It is water and heat resistant, and is normally used for tires and tubes. Buna-N is also a synthetic rubber and has excellent resistance to hydrocarbons and solvents at temperatures up to 300 degrees Fahrenheit, and can be processed for resistance to low temperatures down to -75 degrees Fahrenheit. Buna-N is commonly used for gasoline hoses, tank linings, gaskets and seals.

Neoprene is a synthetic rubber that looks and feels like natural rubber, and exhibits exception resistance to sunlight, heat, ozone and oil. Neoprene is most commonly found in weather seals, window channels, carburetors, oil resistant hose and bumper pads. Neoprene is also the material of choice for use with silicate ester lubricants and Freons.

Thiokol is also known as polysulfide rubber. It is a synthetic rubber that is highly resistant to esters, alcohols, gasoline, water, petroleum and hydrocarbons. However, Thiokol rates poorly in physical properties like tensile strength and elasticity. Thiokol is most commonly used for aromatic aviation gasolines, gaskets, oil hose and seals.

Planes flying at high altitude are prone to depressurization, which can cause difficulty in breathing for passengers and crew alike. Depressurization can also eventually bring a plane crashing to the ground. Silicone gaskets and seals keep pressurized air inside the cabin of a plane. As a synthetic rubber, silicone exhibits excellent resistance to high heat and can be molded to fit extremely tight spaces for an airtight seal.

Natural rubber has limited practicality for use in aviation because it is more susceptible to deterioration by many substances commonly used in airplane production. Nonetheless, natural rubber is flexible, elastic, waterproof and heat resistant. It is often used for sealing water/methanol systems.

Other Uses for Rubber in Aviation

Rubber plays a role in other elements and functions that are essential to flying. Aircraft fuel is known as aviation catalyzed fuel (AVCAT) and is extremely flammable. It is stored in the wings of a plane in rubber fuel bladders. Helicopters use fuel bladder tanks to store their fuel. Engines and exhausts of aircraft on the ground are often with rubber covers to prevent debris from getting inside. Passengers walking from the bridge to board a plane often miss the flexible rubber bellows that help to bridge the gap to the plane door. Wheel chocs keep the aircraft stationary before takeoff. Passenger seats are often fitted with rubber mountings to minimize jarring during flight. Finally, the dials and gears used by the cockpit crew are frequently mounted with rubber fittings to keep them stable when turbulence hits.

Rubber has been used in aviation for as long as human flight has existed. Natural rubber has limited use; however, synthetic rubbers like butyl, silicone and neoprene are commonly used for functions ranging from hoses and tires to maintaining internal cabin pressure. Rubber is also used in many functions that are easily overlooked, such as gate bridges and seat mountings. Without rubber, flight would be uncomfortable, if not impossible.