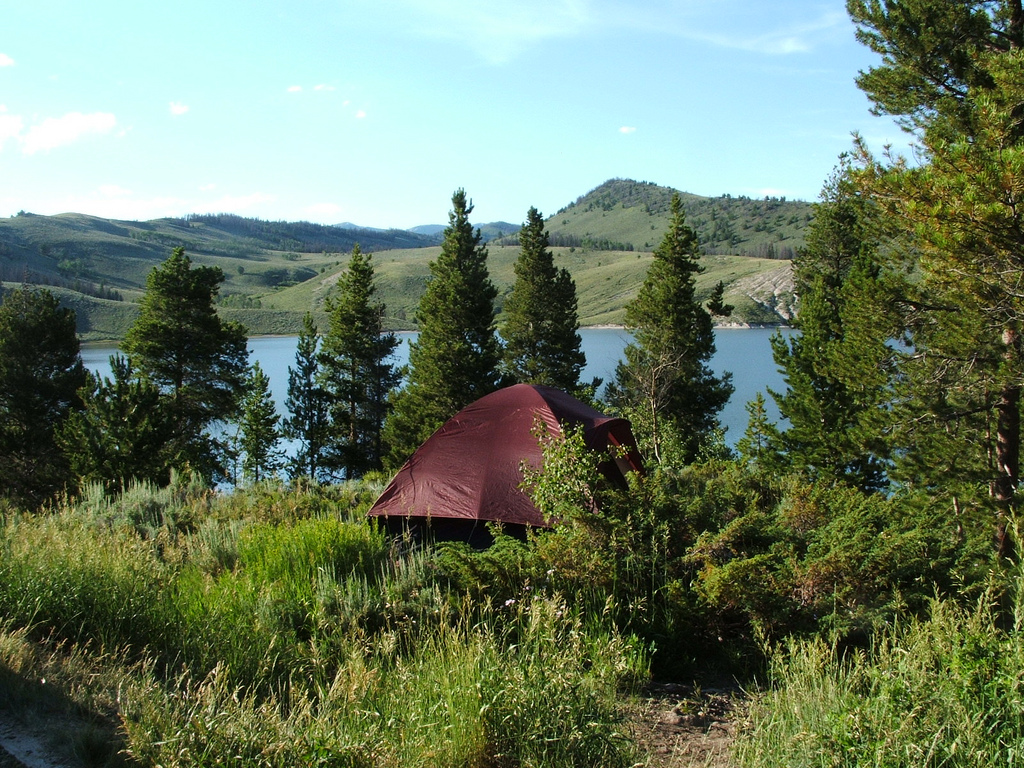 Eager to give your clutch of youngsters — large, small, or in between — an unforgettable experience that won’t break your bank?

Whether you’re part of a scout den, faith group, or educational retreat, you’ll find open arms and fresh air at these four affordable outdoor camps for youth groups in Canada.

Tamaracouta is the oldest continually operating Scout camp in Canada. Though it’s less than an hour’s drive north of Montreal — close enough to see the city on a clear day from any of the nearby peaks — it feels a world apart.

The annual summer camp, held through July, is a great opportunity for younger Scouts to immerse themselves in Scouting culture, and for older visitors to learn new outdoor skills. Ample winterized lodgings make for a true year-round retreat. And don’t worry about your group’s size — Tamaracouta has hosted several Jamborees.

Nestled amid the whispering aspens and waving grasses of southeastern Manitoba, Maskwa Camp is an eco-friendly retreat that’s welcomed faith groups, Scout bands, and extended families since 1976. Despite its remote location, it’s known and loved by locals across a vast swathe of southern Manitoba and northwestern Ontario.

Maskwa is in the midst of a major refurbishment campaign that’s set to modernize its overnight facilities, increase its recreational capacity, and reduce its reliance on grid energy. The camp will remain open to the public while the project continues in phases through 2019.

Just over an hour’s drive southwest of Edmonton, on the shores of beautiful Pigeon Lake, is one of western Canada’s most popular youth retreats: Camp Maskepetoon.

The camp lives by a simple mission: “To nurture personal growth and promote respect for nature, others, and self through an inclusive, Christian camping experience.” Despite the denominational focus, Maskepetoon welcomes an incredible diversity of visitors — literally dozens of distinct groups throughout the spring, summer, and autumn. If you’re associated with a youth group in Alberta and you haven’t yet heard of this place, you need to get with the program — and get out to Pigeon Lake!

Upper Canada Camp, not far from bustling Toronto, is another Christian-oriented youth camp with a big heart and an even bigger slice of wilderness at its disposal. A homey lodge and comfortable cabins house youngsters against a serene northwoods backdrop, with a placid pond and modern gym rounding out the picture.

What sets UCC apart from southern Ontario’s many other youth retreats, though, is its personal touch. The staff here are nothing if not accommodating. “UCC has done a fantastic job catering to our needs and demands,” raves Petula, a regular UCC chaperone. “You think of it and they will do all they can to provide it for you.”

If these four affordable outdoor camps are too far from home, don’t sweat it. Canada has an abundance of low-cost outdoor retreat options. If all else fails, you can surely find a rustic campground nearby that’s big enough for your group. So, what are you waiting for? Fresh air, clear skies, and cool nights await.