There has been some good news ahead of the 2016 Cheltenham Festival, with the much-fancied and popular horse, Moon Racer, now expected to be passed fit to compete. There have been question marks surrounding the seven year old’s chances of being somewhere near his best – the result of a fall he suffered back in November – but his trainer has this week stated that he now believes his odds have improved to around 50/50. 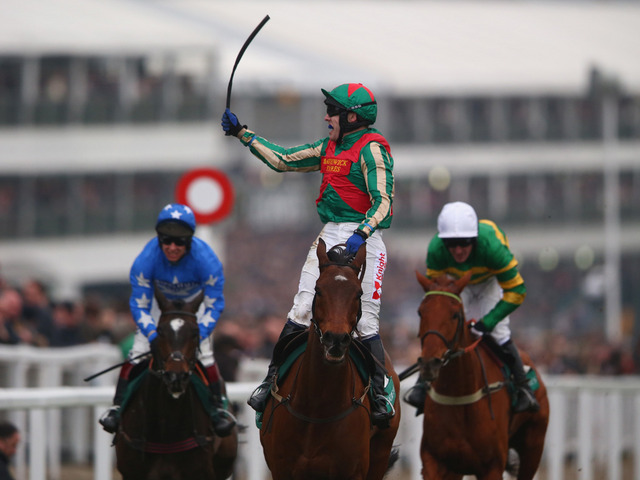 David Pipe admits that he is still far from certain to make the line-up – and that Moon Racer definitely won’t be competing in any races prior to the Cheltenham meeting in March – but that he is starting to run competitively again, and is being seriously considered to continue his excellent career to date.

As the horse is scheduled to run in the festival’s opening race – the Supreme Novices’ Hurdle – his owners will have to be completely convinced of his ability to compete without fear of aggravating his condition, but given the excellent showings that he has put in so far in his fledgling career, they clearly believe that he is worth the risk.

Currently priced at 25-1 with Coral, Moon Racer would certainly be offered at much shorter odds if the majority of bookies were convinced that he was definitely going to compete at his previous standard – and for that reason alone, he has to be worth a punt.

His owners and trainers certainly wouldn’t want to jeopardise his recovery or his results to date – he is unbeaten in three bumper runs so far – and so the sight of him lining up, fresh and raring to go, will be a massive concern to any punters who have placed money on his rivals.

As well as their generous price for Moon Racer, Coral also offer their customers a wide range of bonuses including both a £20 free bet for every new customer making a bet of £5 or more, as well as the chance to get your money back as a free bet if your horse falls at certain meetings.

Similarly, they have also recruited the services of well-respected flat jockey, Luke Morris, to cast an eye over upcoming meetings to give their customers the inside track on developments and to provide hints to undecided punters – and you can check out all of these insights, as well as checking whether Coral’s Cheltenham odds have moved again in your favour via their mobile-friendly website.

Luke is currently reviewing this Saturday’s meeting at Lingfield and has backed ‘Autumn Tonic’, ‘Lamar’ and ‘Megara’ to shine – so why not use these predictions as a measuring stick for accuracy ahead of the Cheltenham meeting? Just remember though, when he backs Moon Racer, you heard it here first…