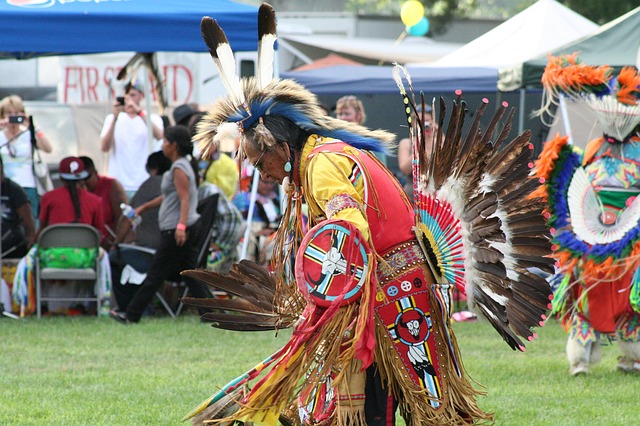 Whether the endgame is obtaining official tribal membership, securing rightful financial benefits and/or inheritances, or simply satisfying curiosity, the journey of retracing Native American ancestry is rarely a straightforward experience. 200 years of nearly nonstop hardships ranging from forced relocation to government sanction mass killings led to fewer and fewer individuals able to maintain ties with their tribal cultures without putting their livelihoods or very lives at risk, Subsequently, these scattered remnants faded almost entirely from existence. The end result is both a lack of ancestors being traced to one specific place for multiple generations and a lack of cultural connectivity through the generations to affirm one tribal identity or another.

With that said, many of the techniques involved in successfully tracing Native American ancestry are the same as those involved in tracing non-Native ancestors. The search is simply more likely to involve a wider net of locations, family names, etc.

The information gained from researching the standard United States Census to discover Native American roots may turn out to be minimum or nothing, but it’s important to look anyway in order to rule it out. However, considering the most recent census records are 1940, they may help to shed light on the whereabouts of ancestors alive in the early to mid 20th century, which may prove critical for digging deeper.

With data gained from the census or other means, it’s highly likely further details will be discovered by sorting through newspaper archives. Much of successful Native American genealogy research involves the digitized records of tribal newspapers, which include obituaries and other useful information. It could be an ancestor put out an ad seeking a ranch hand and the ad includes the general location of the ranch, providing a lead for finding further proof of tribal association.

According to the U.S. Department of the Interior’s A Guide to Tracing American Indian & Alaska Native Ancestry, the aforementioned resources ought to be first on the list of priorities when beginning a search. Once they’ve been exhausted and the information, if any found, is organized and shown to indicate a likely link to Native American ancestry, the next step is reaching out to the National Archives and Records Administration, or NARA, to uncover further details.

The National Archives holds records unique to American Indian tribes. These include academic records, special censuses, and allotment records. Allotment information can prove particularly crucial in establishing tribal links as these were land rights given to individuals within a specific tribe and therefore tie the person to that tribe. Therefore if someone today can confirm their relation to this individual, it all but guarantees potential for tribal membership.

The most often overlooked resource for learning family history is the family itself. While many living generations of Native Americans may be culturally and geographically removed from their ancestral tribe as it exists today, the information gleaned can provide the building blocks for further investigation into American Indian ancestors. Inner-family resources include journals, photographs, and paperwork filed away and forgotten.

Lastly, learning about possible Native American ancestry may require a DNA test to help jumpstart. While such tests will not be enough to prove tribal links, they can either confirm or put to bed family claims of descending from American Indians. Furthermore, modern DNA tests for determining ancestry can narrow down the general geography of Native American ancestors, helping to track down the potential tribes in which they were a part.

It could be in pursuit of tribal membership. It could be a desire to benefit from any potential financial benefit. Or, it could just be out of pure interest in the lives of ancestors. Whichever the true motive behind tracing Native American roots, the experience is itself likely to forever change one’s perspective on identity and history.